‘To Have and to Hold’ The Wapping Project

To Have and To Hold is a fantastical and thought-provoking installation at the Wapping Project London, showcasing a collection of objects and sculptures by the jeweller Mark Woods.

The exhibition has been conceived by Jules Wright, the Wapping Project’s enigmatic founder and creative director. In To Have and to Hold, Wright unites Mark Woods with the composer Billy Cowie and the writer Deborah Levy to create a totally immersive experience that will, in the words of Wright, “disturb, delight and generate desire” 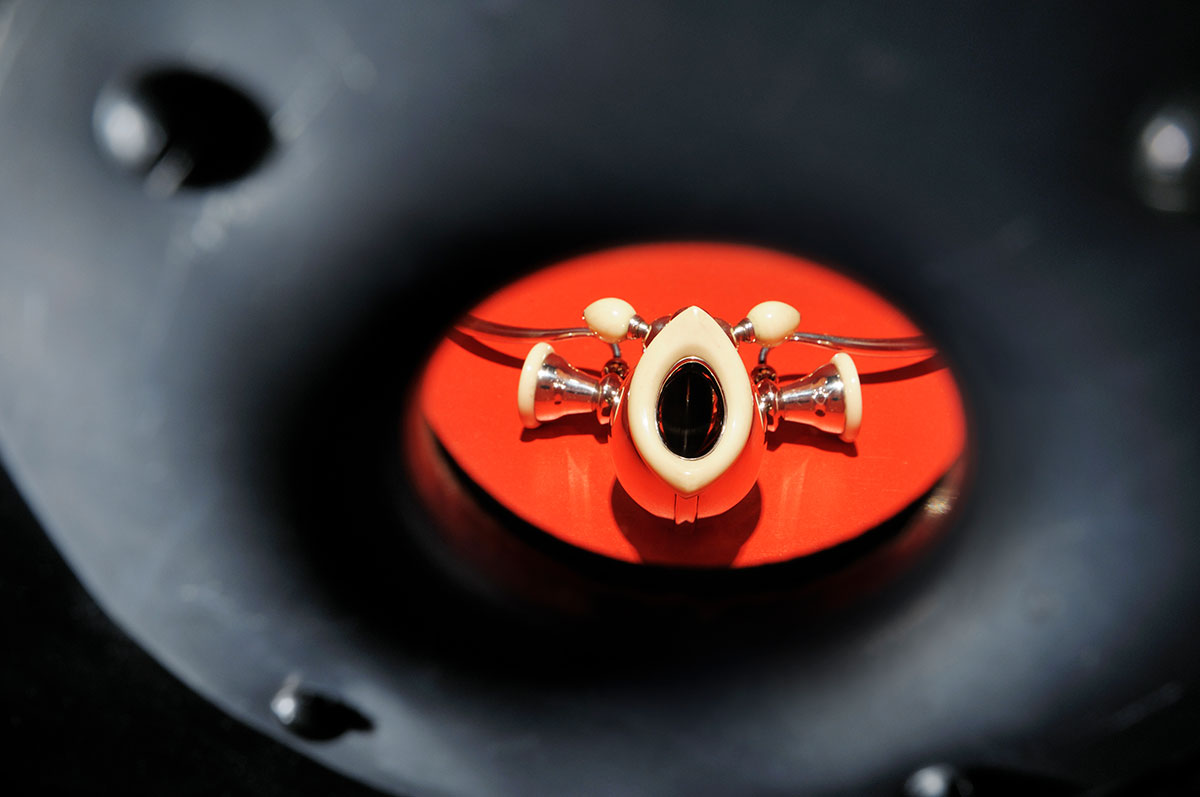 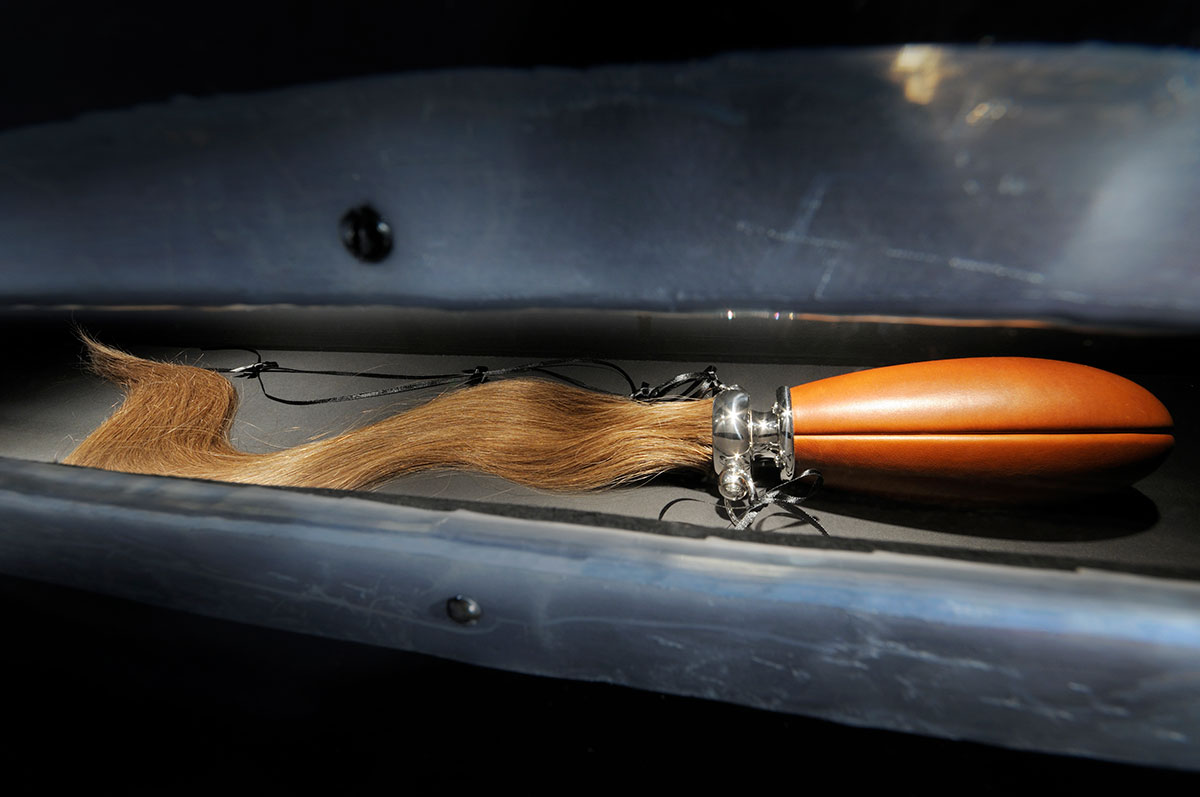 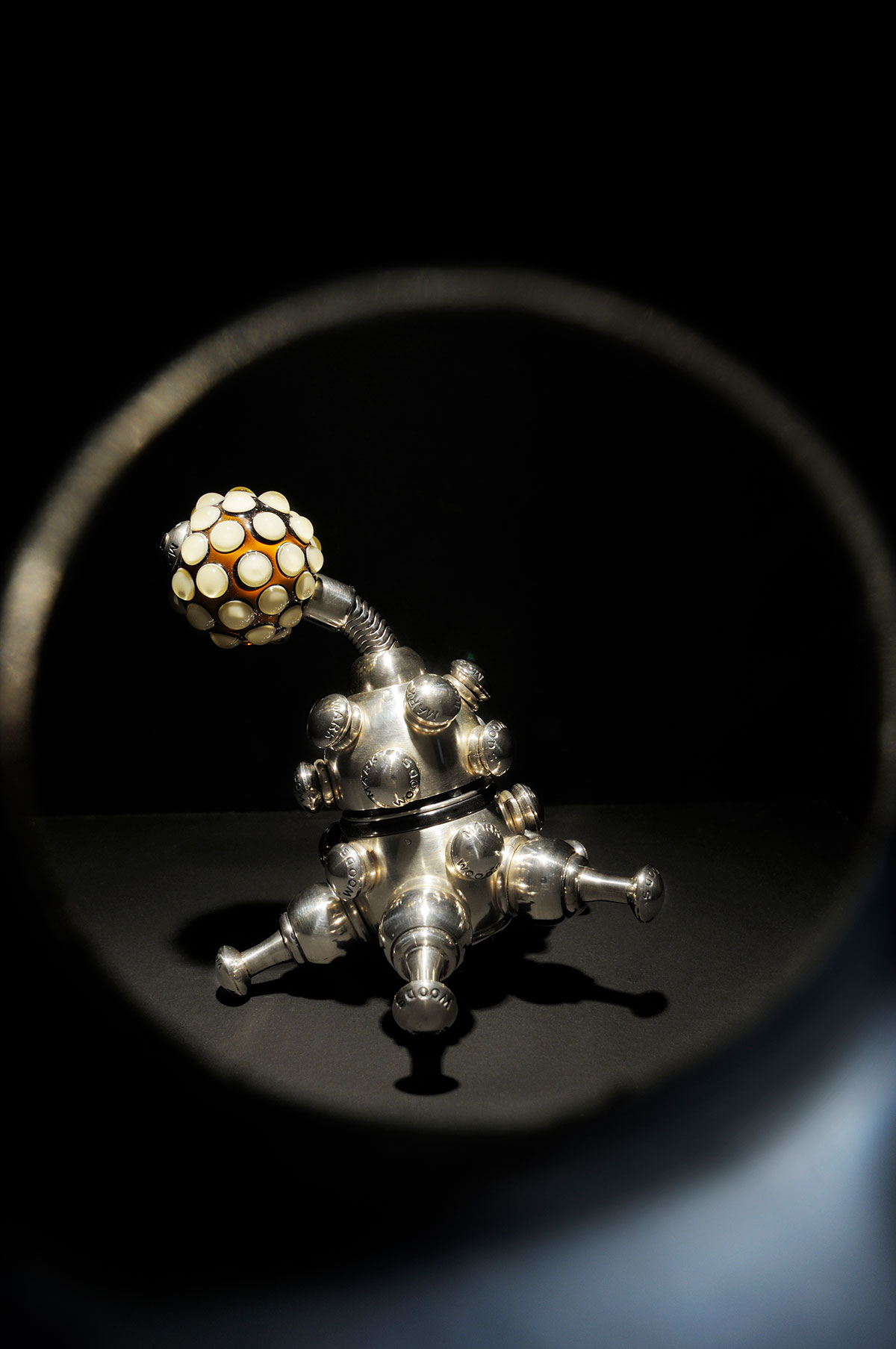 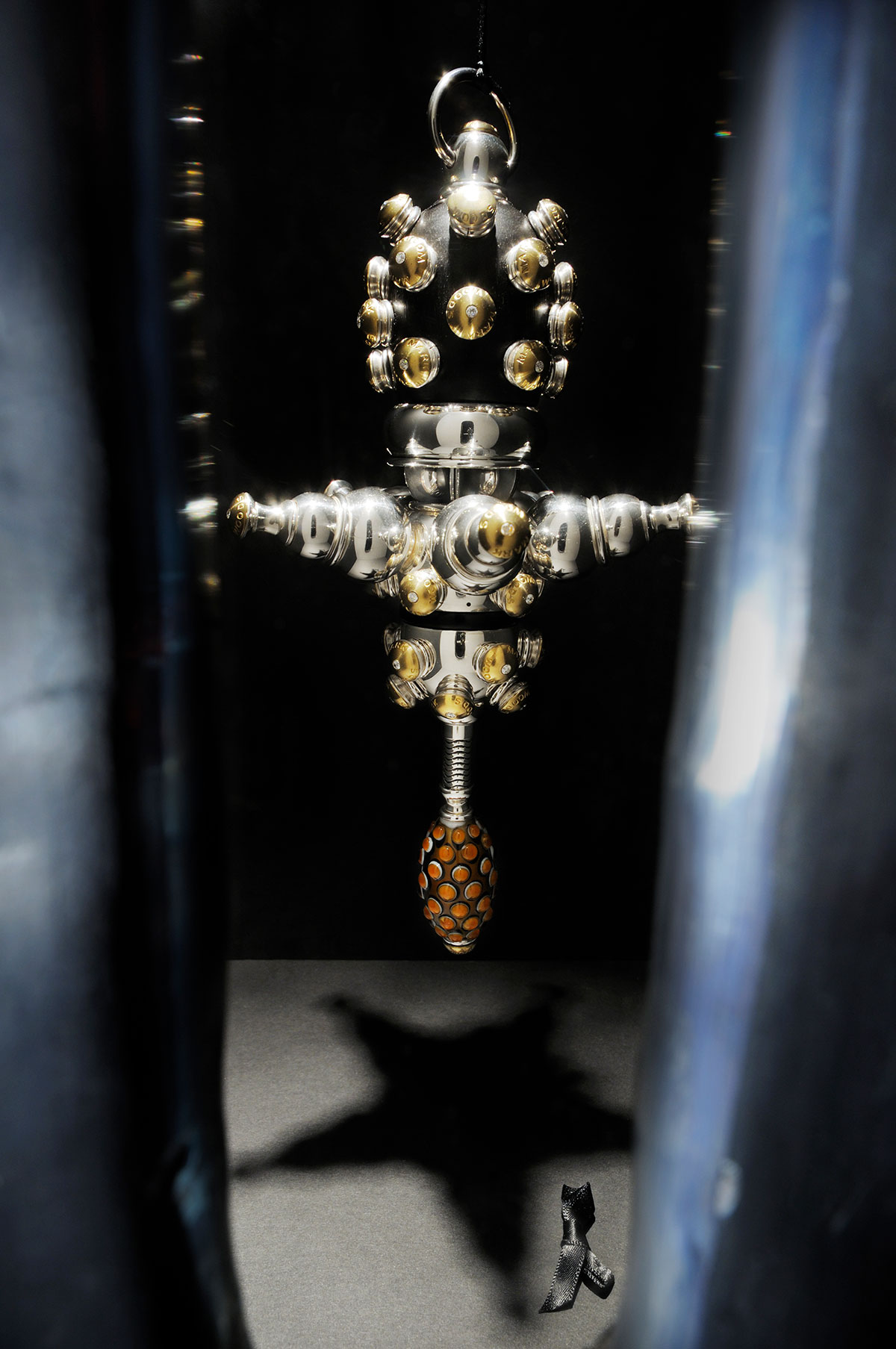 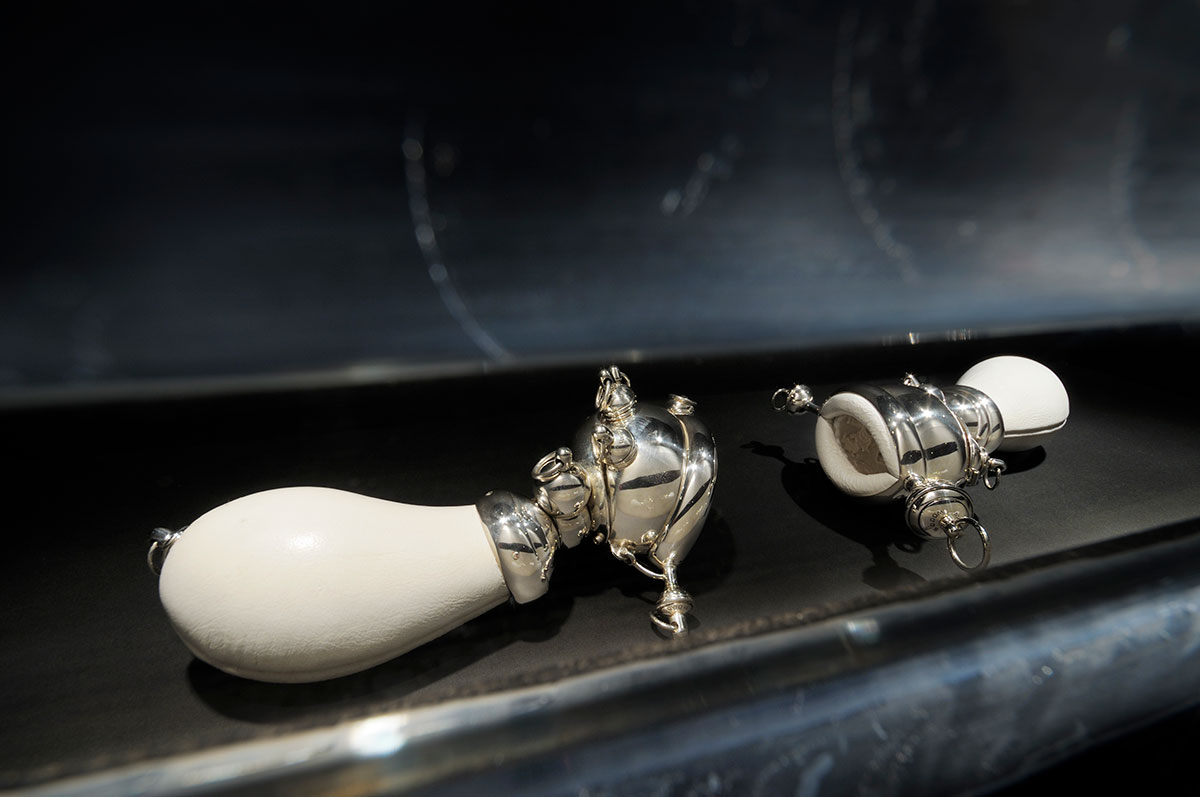 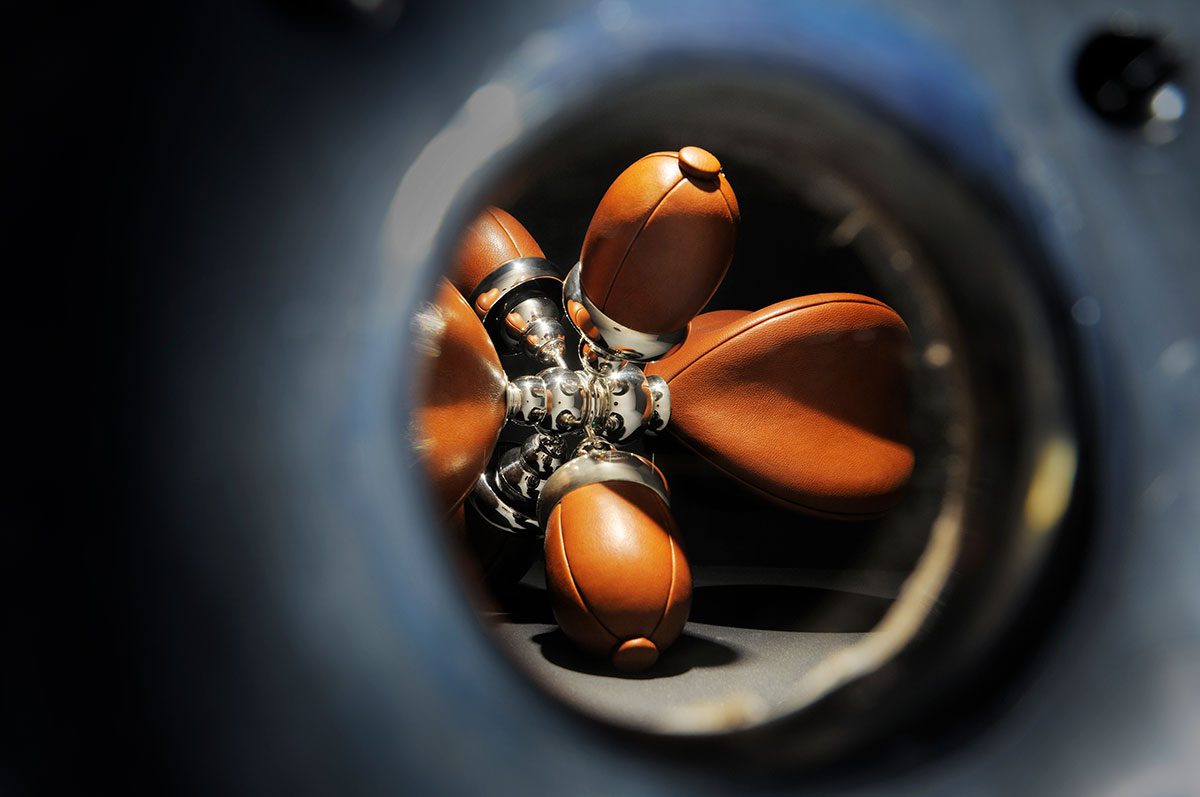 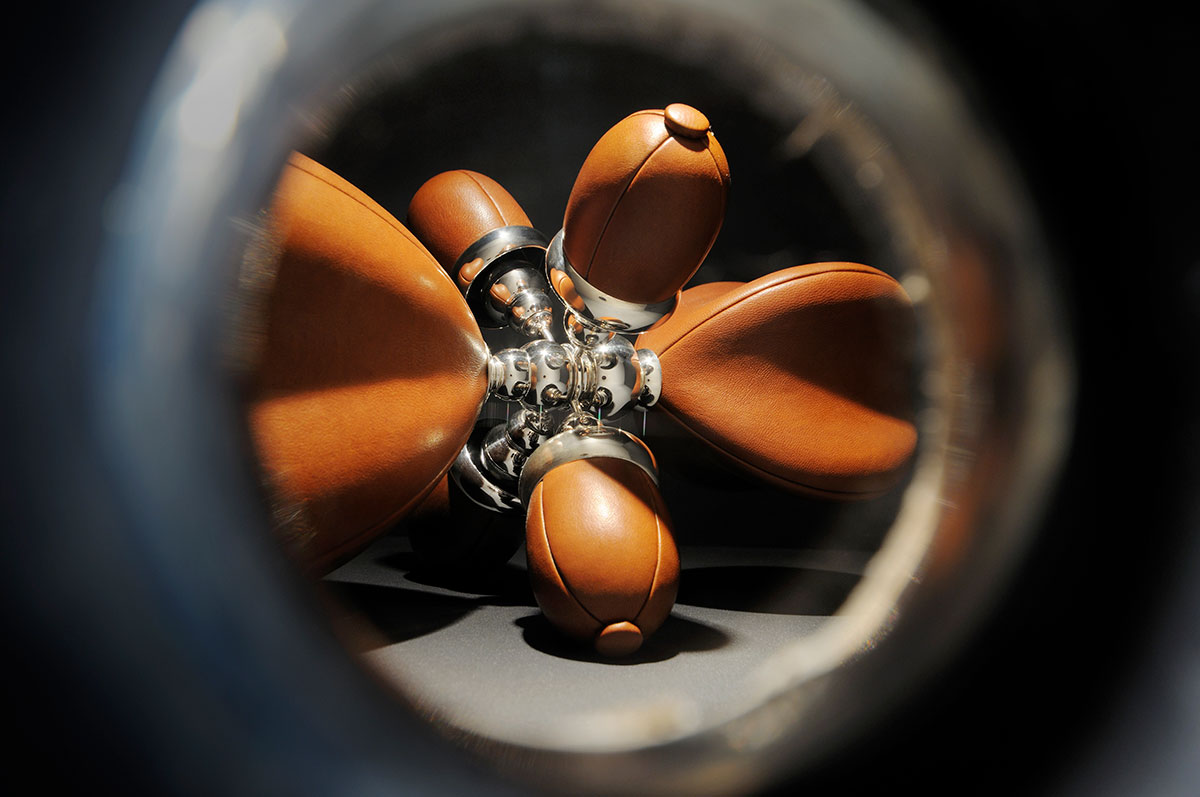 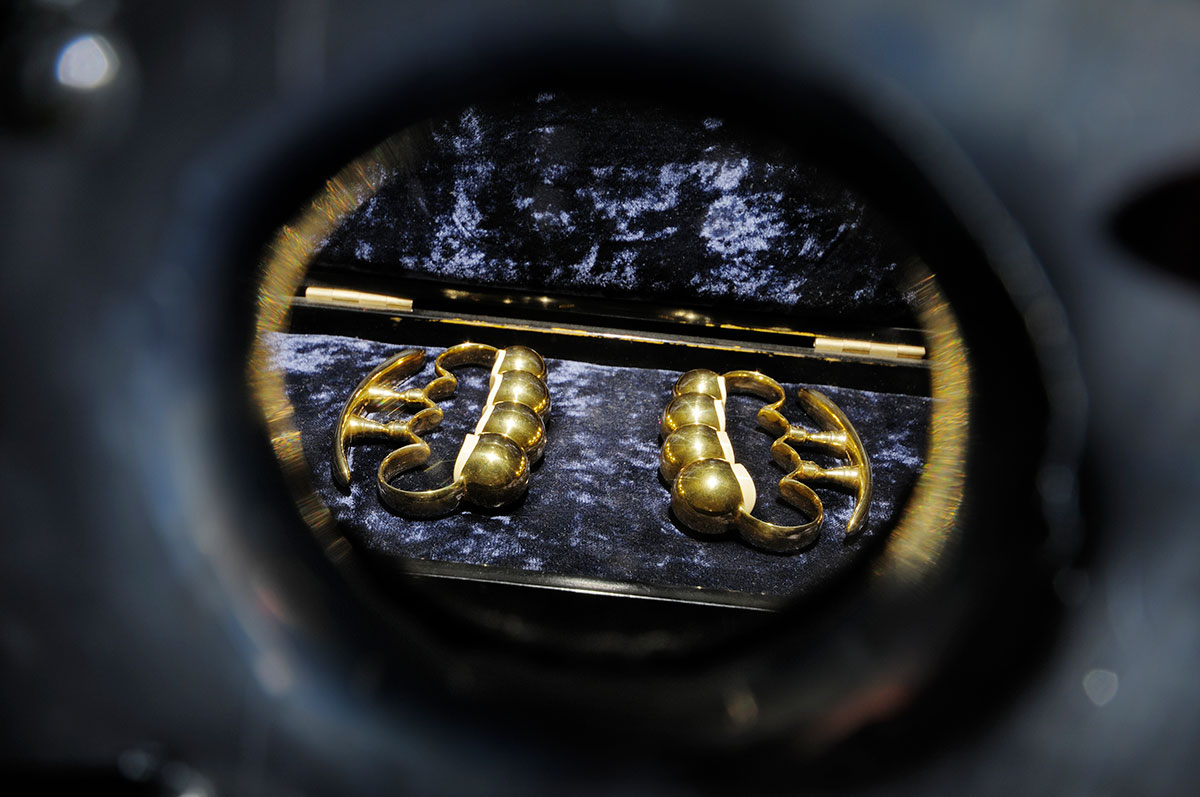 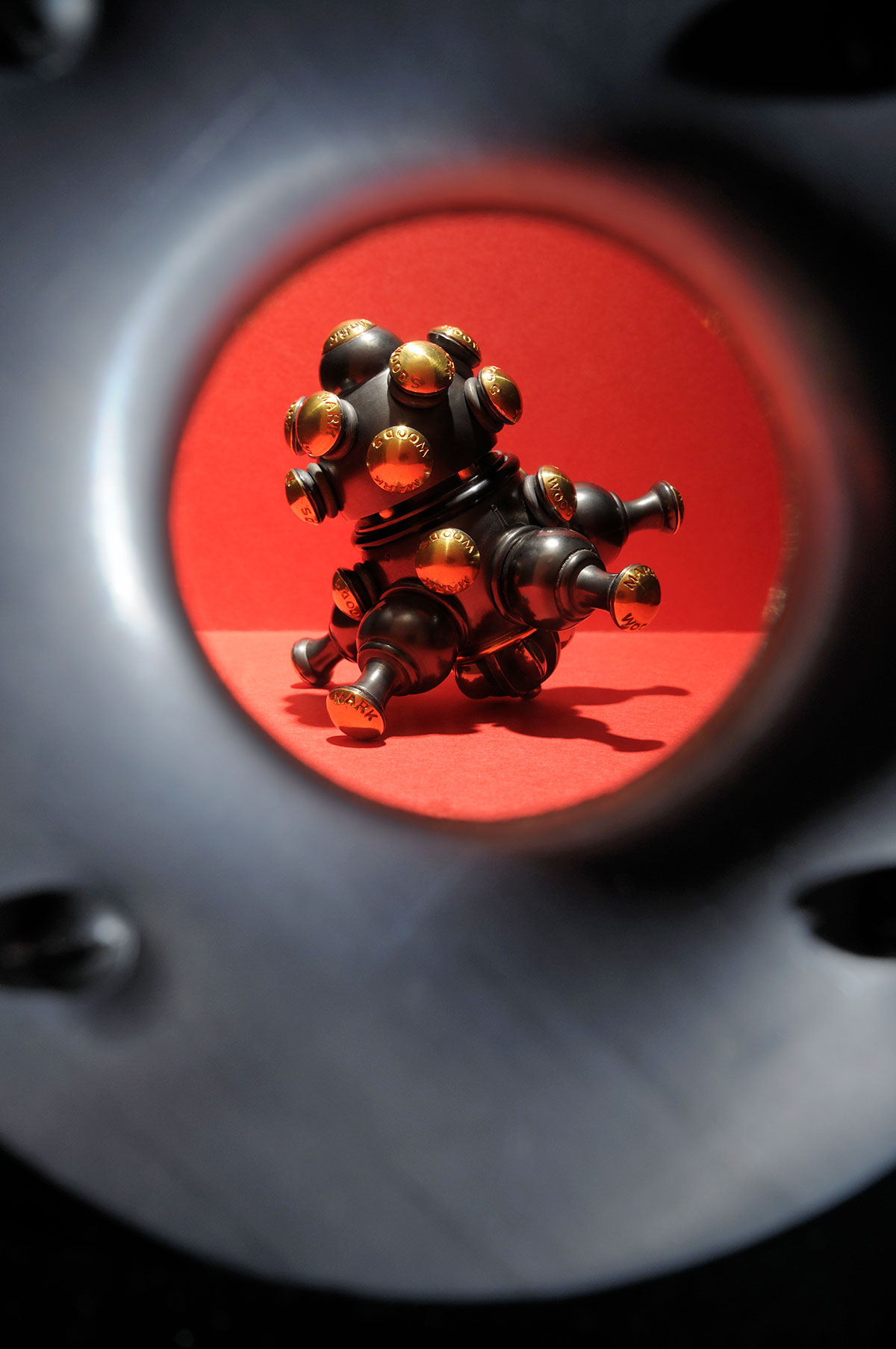 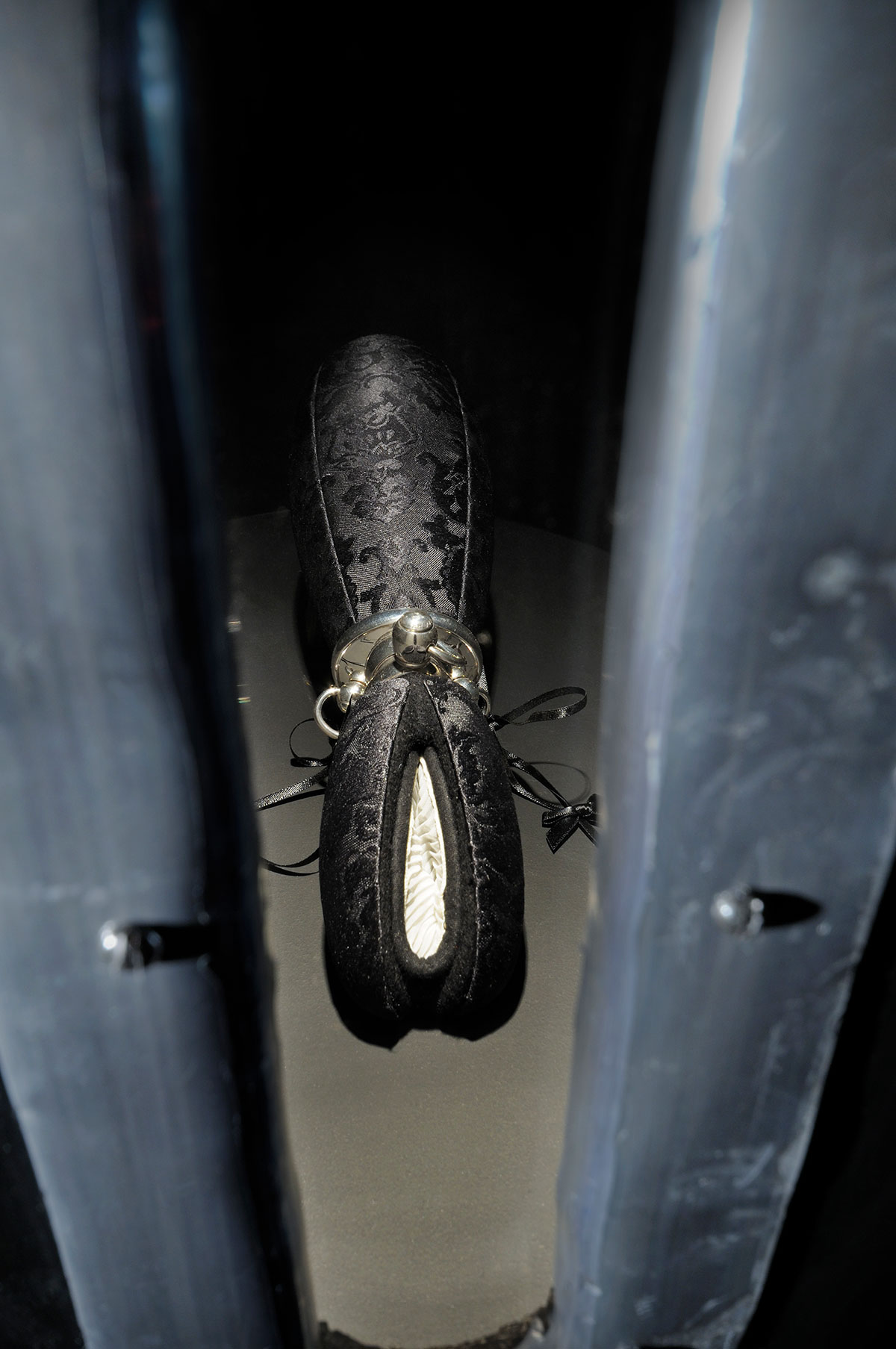 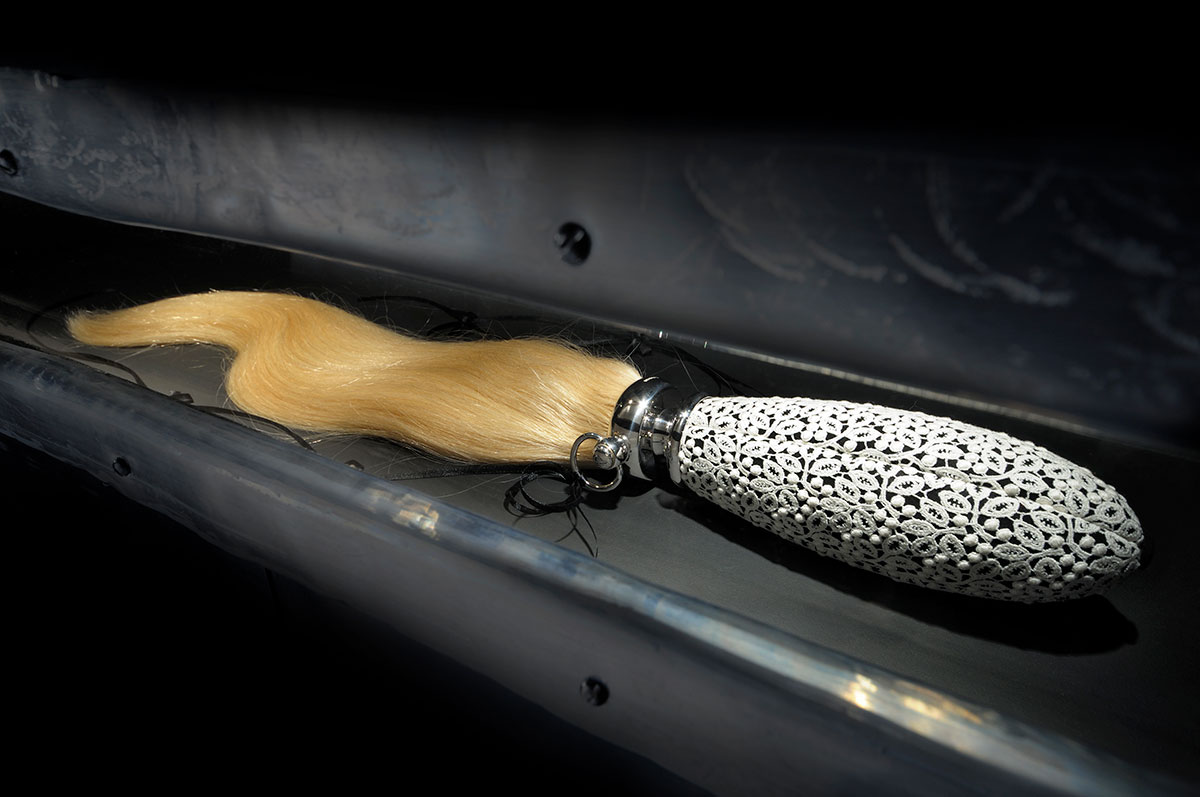 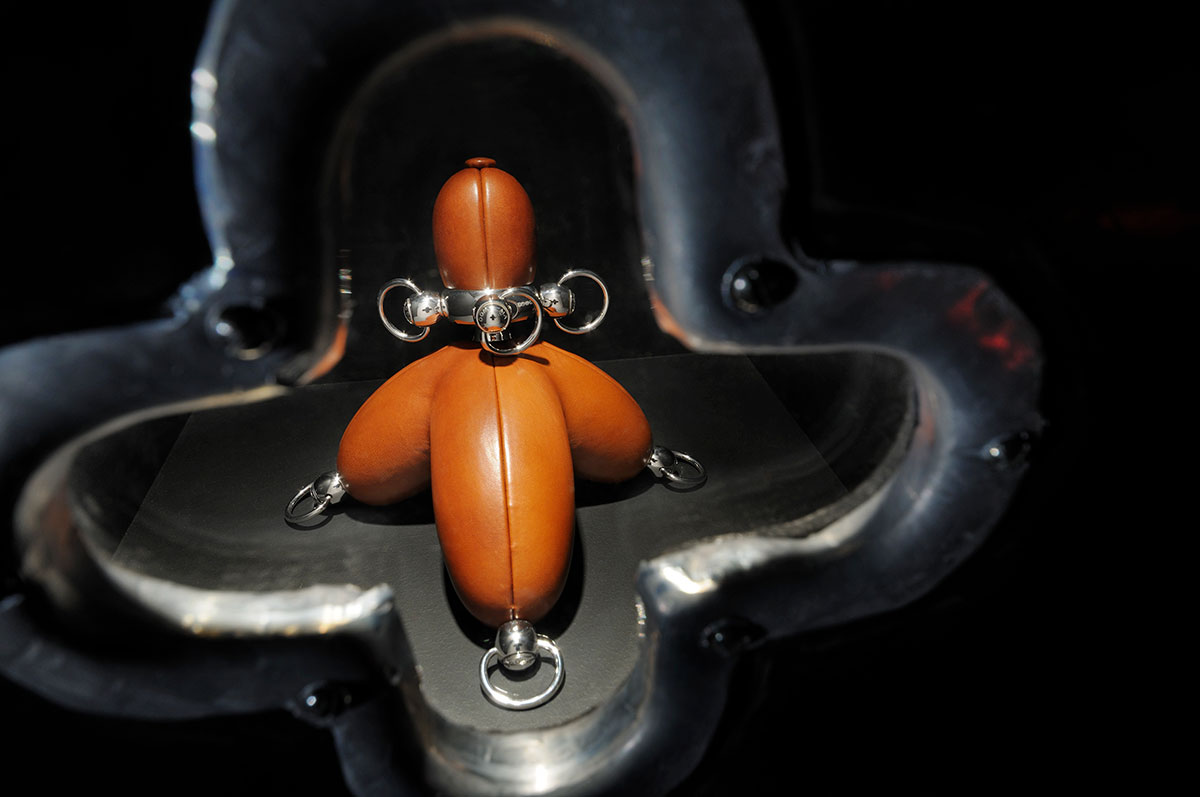 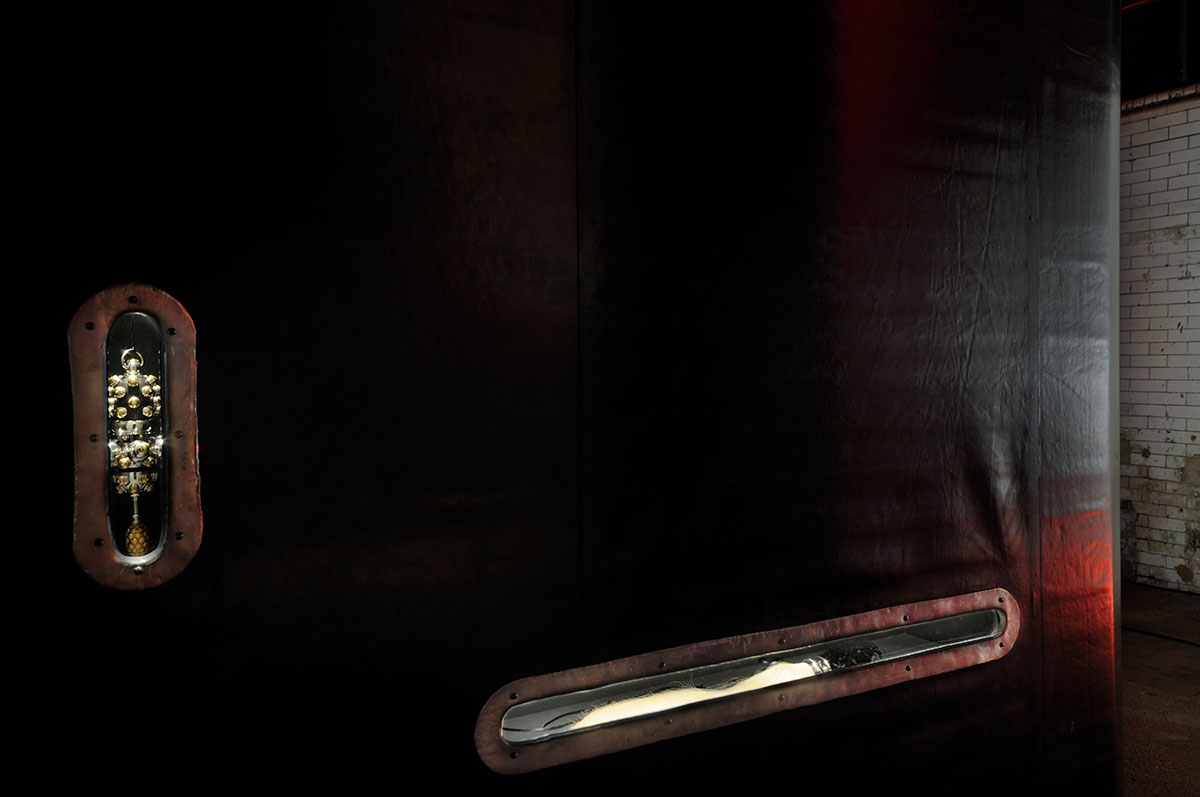 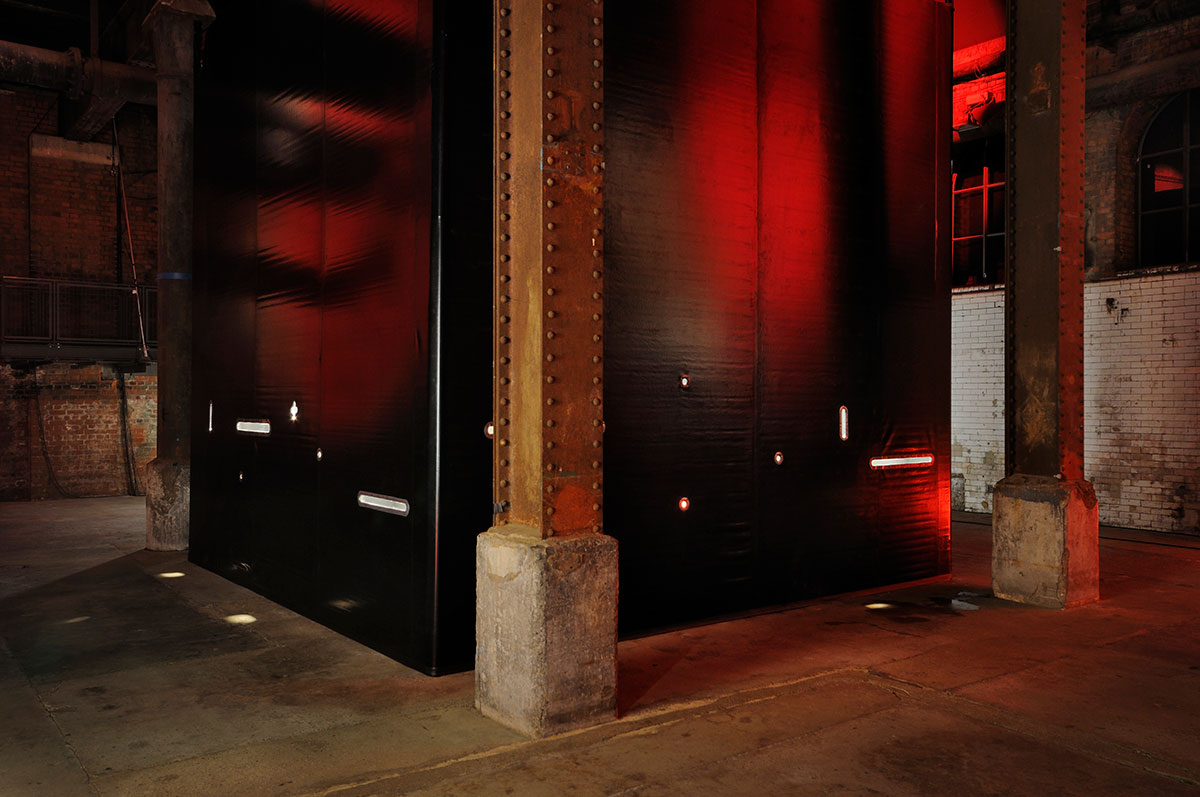 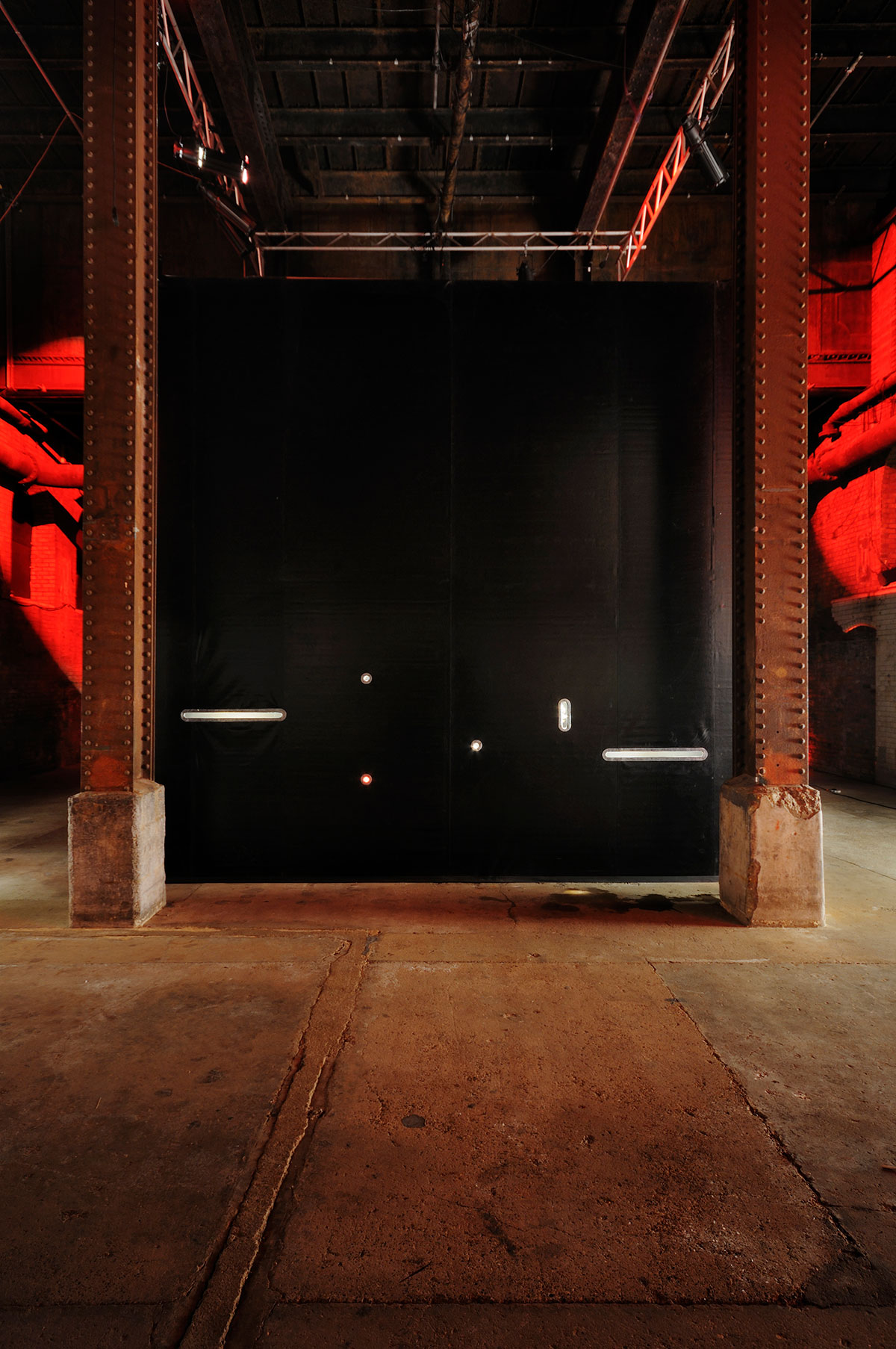 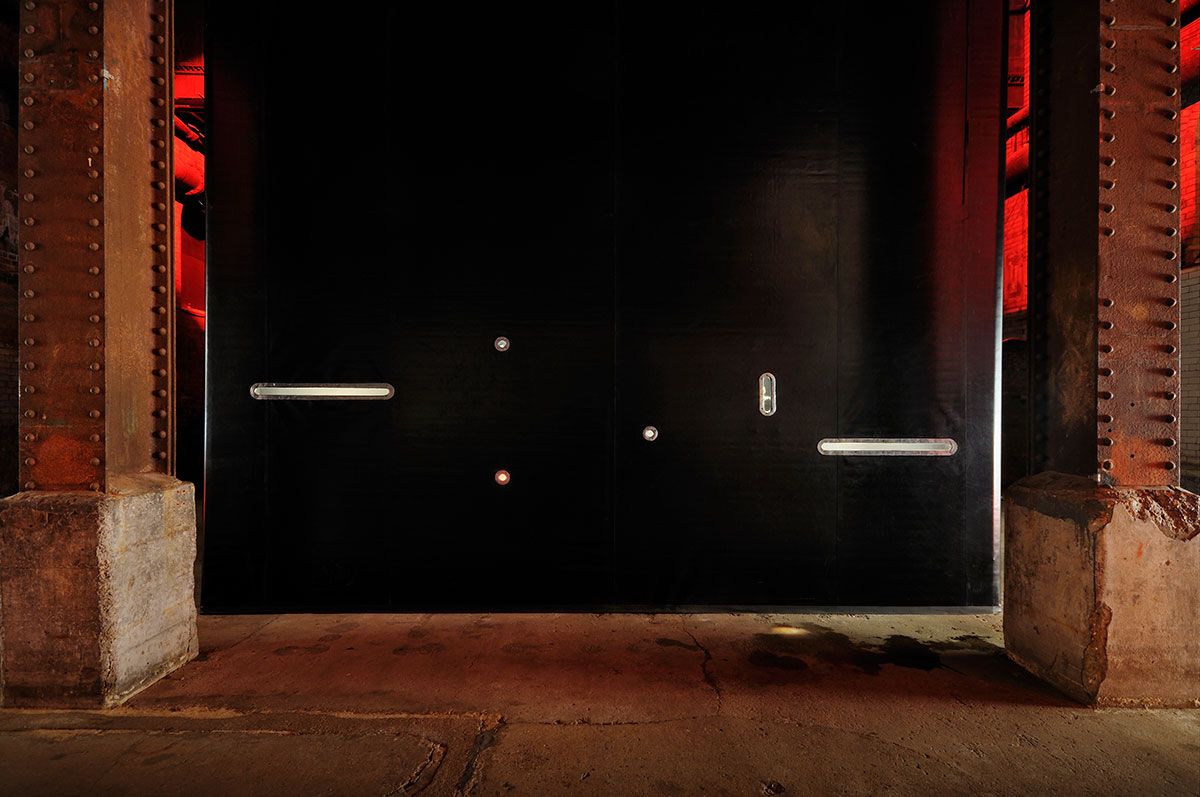 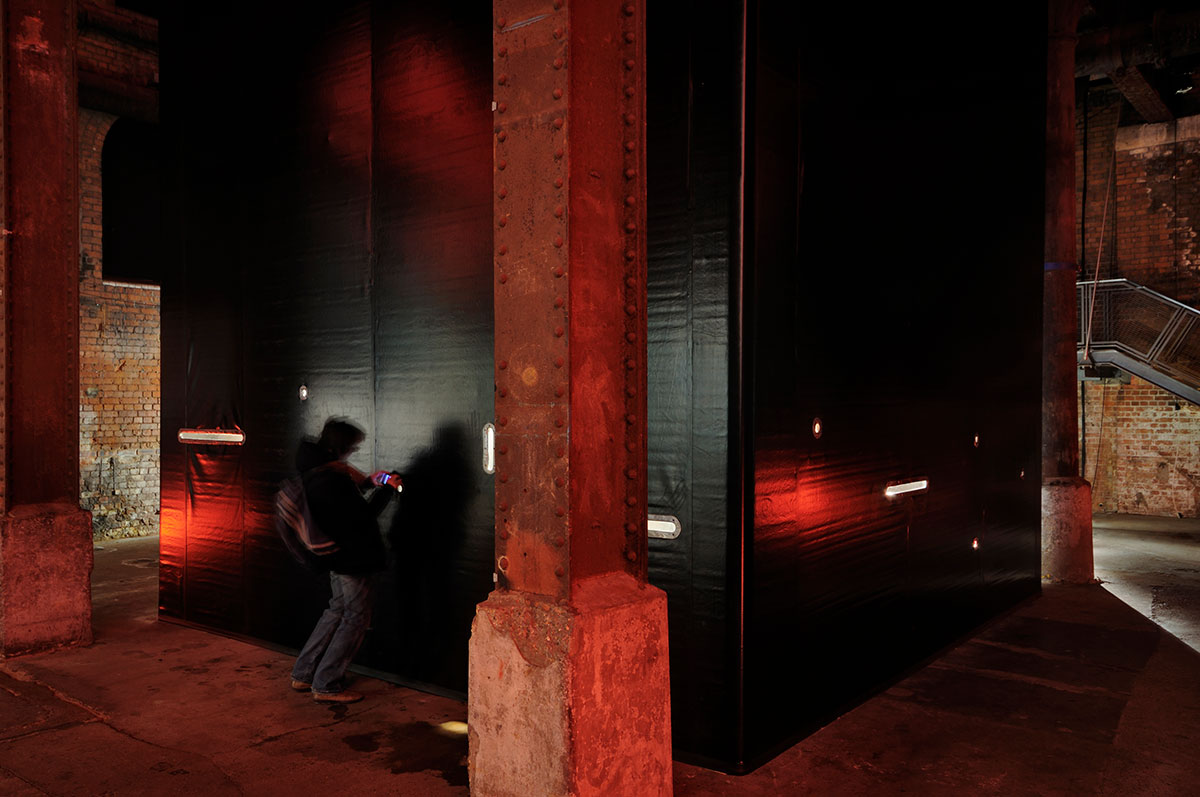 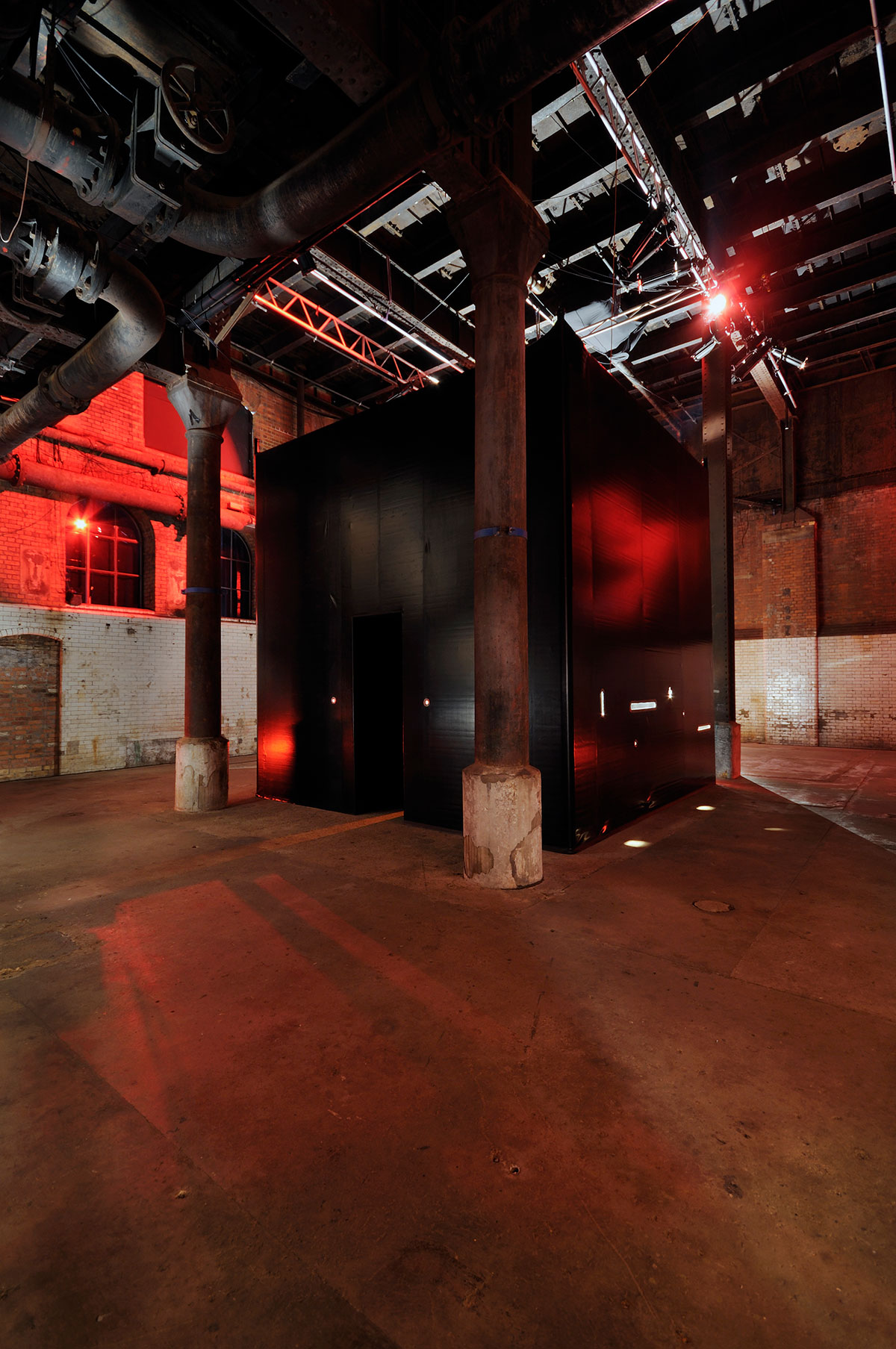 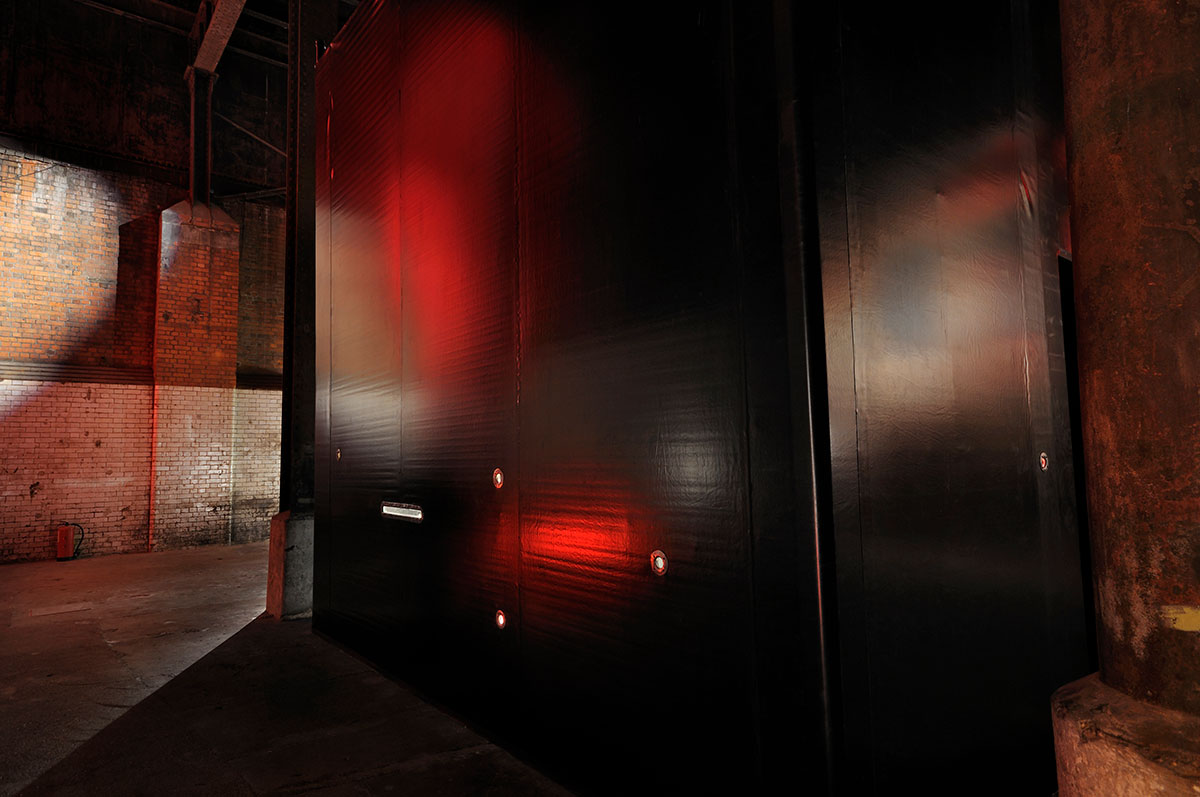 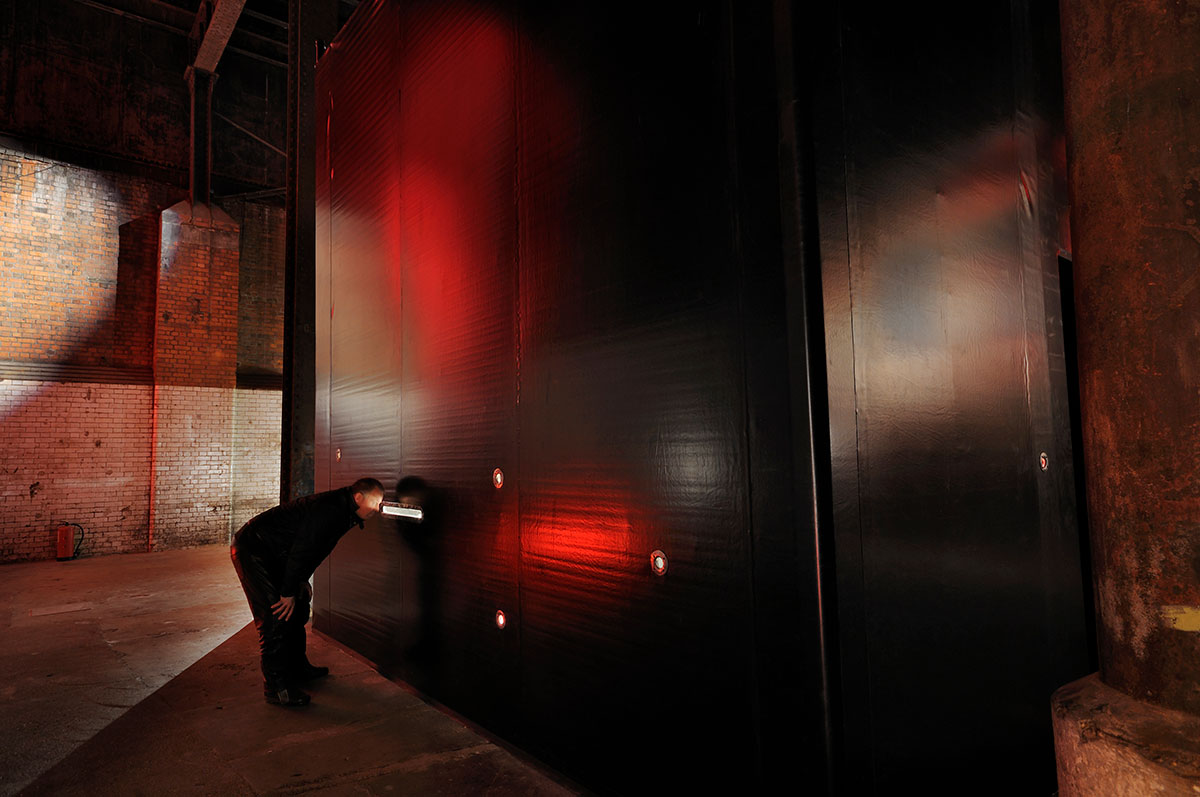 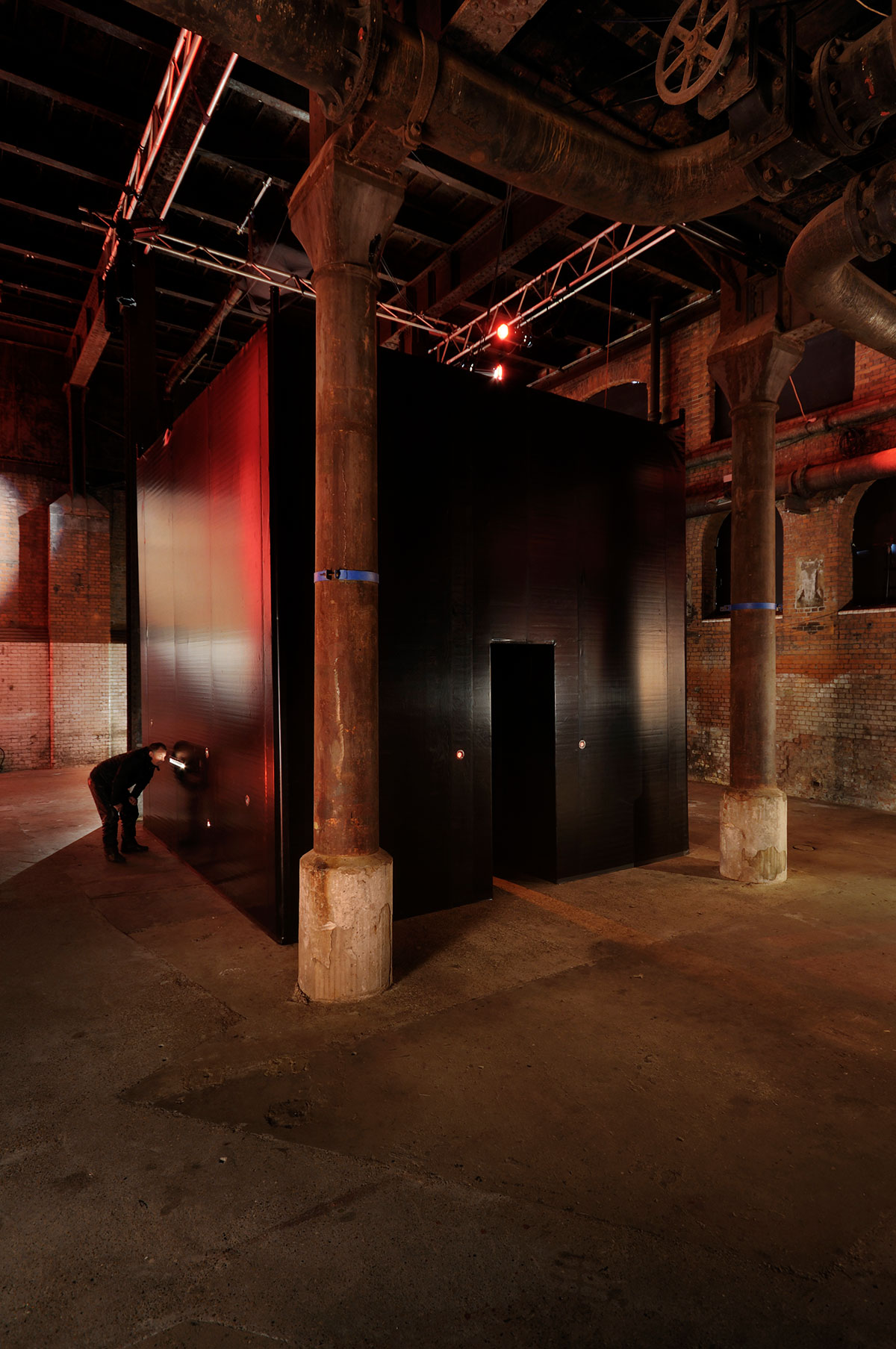 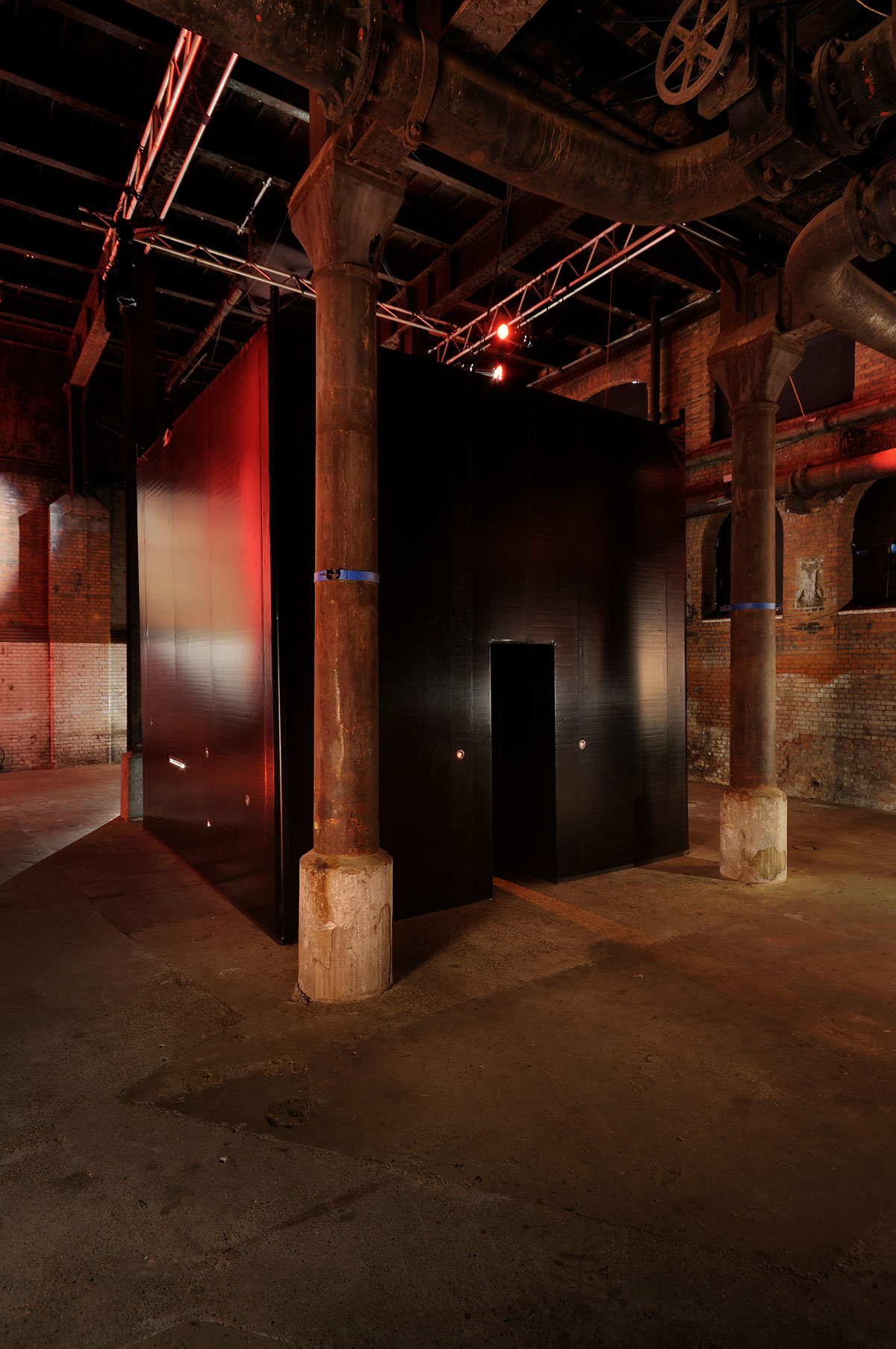 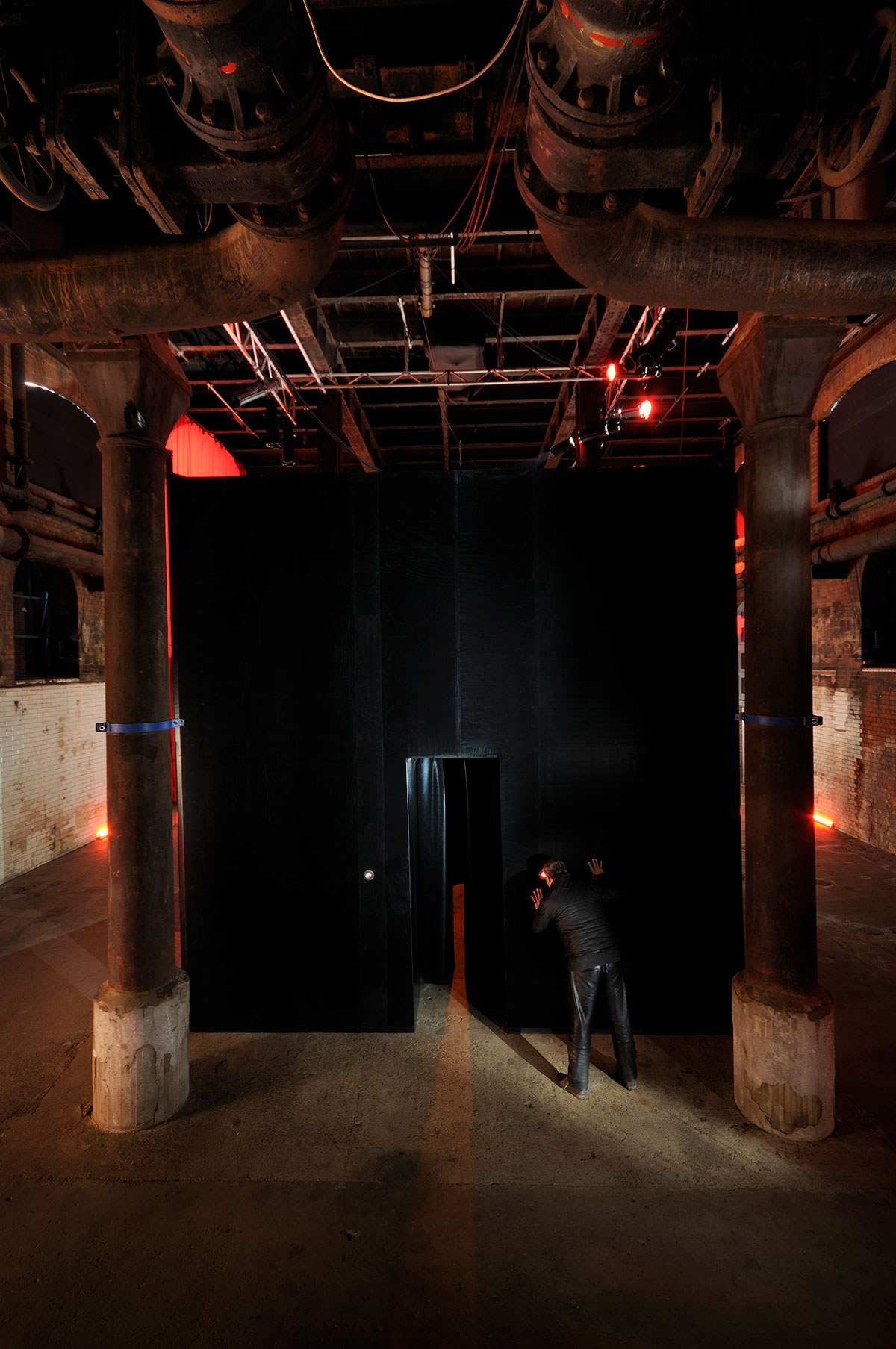 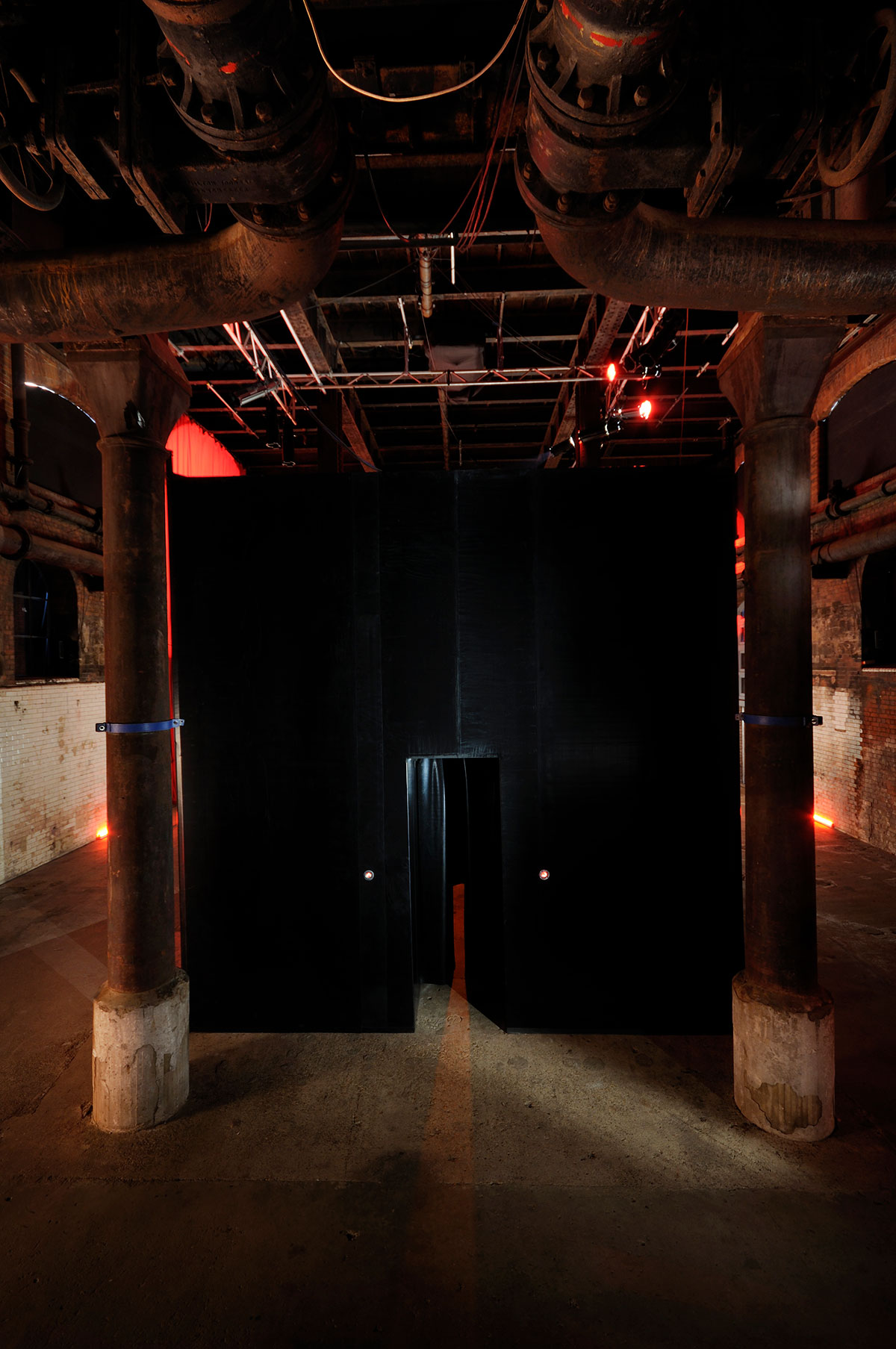 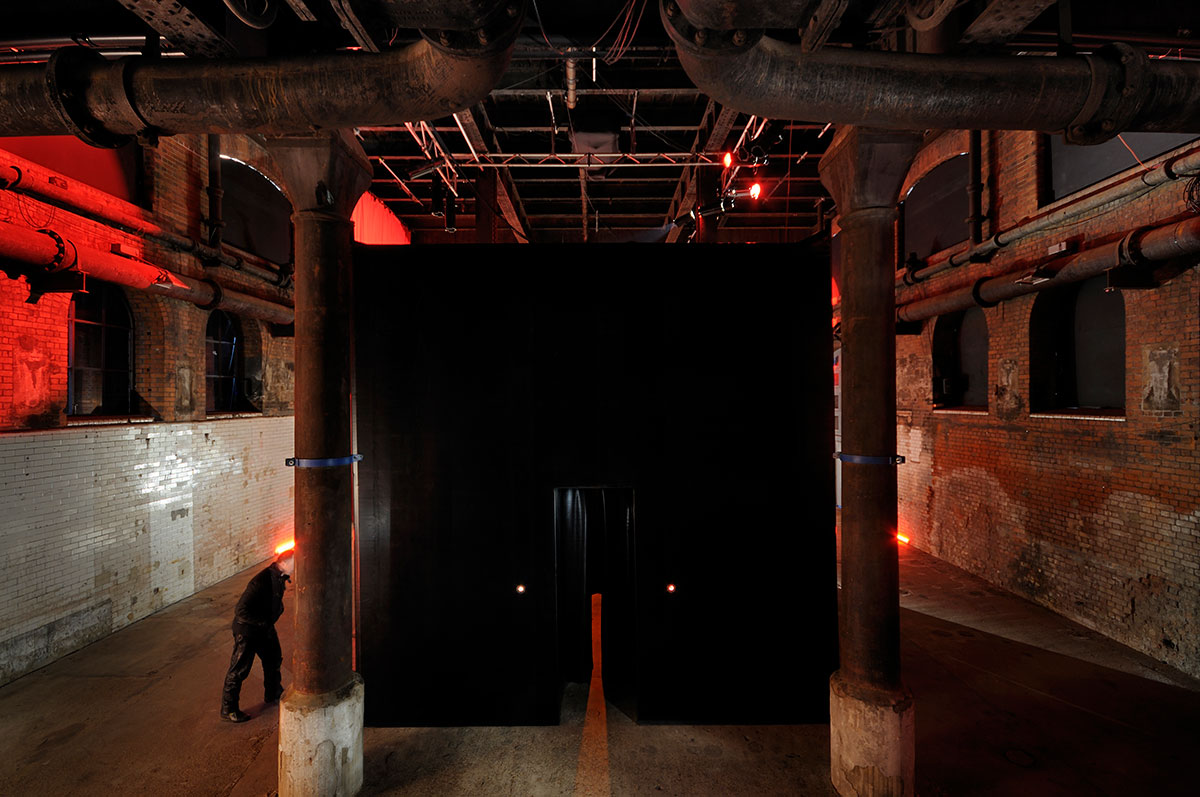 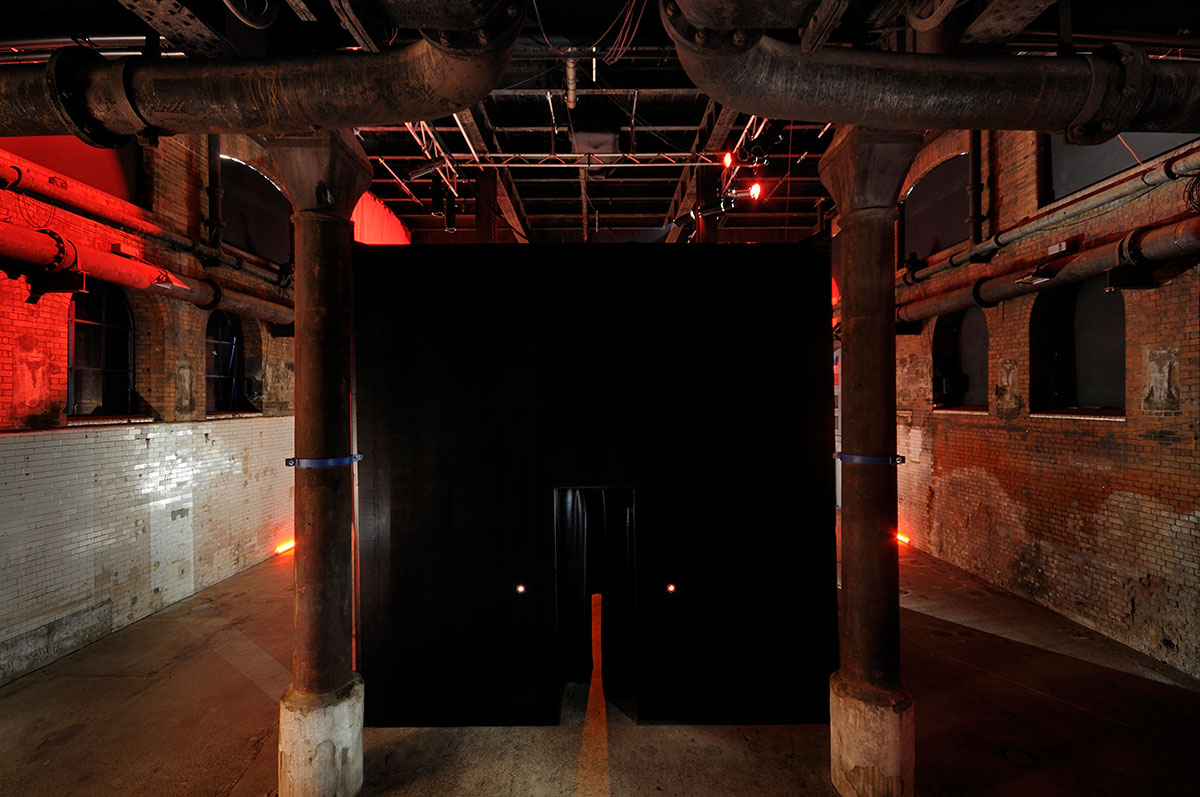 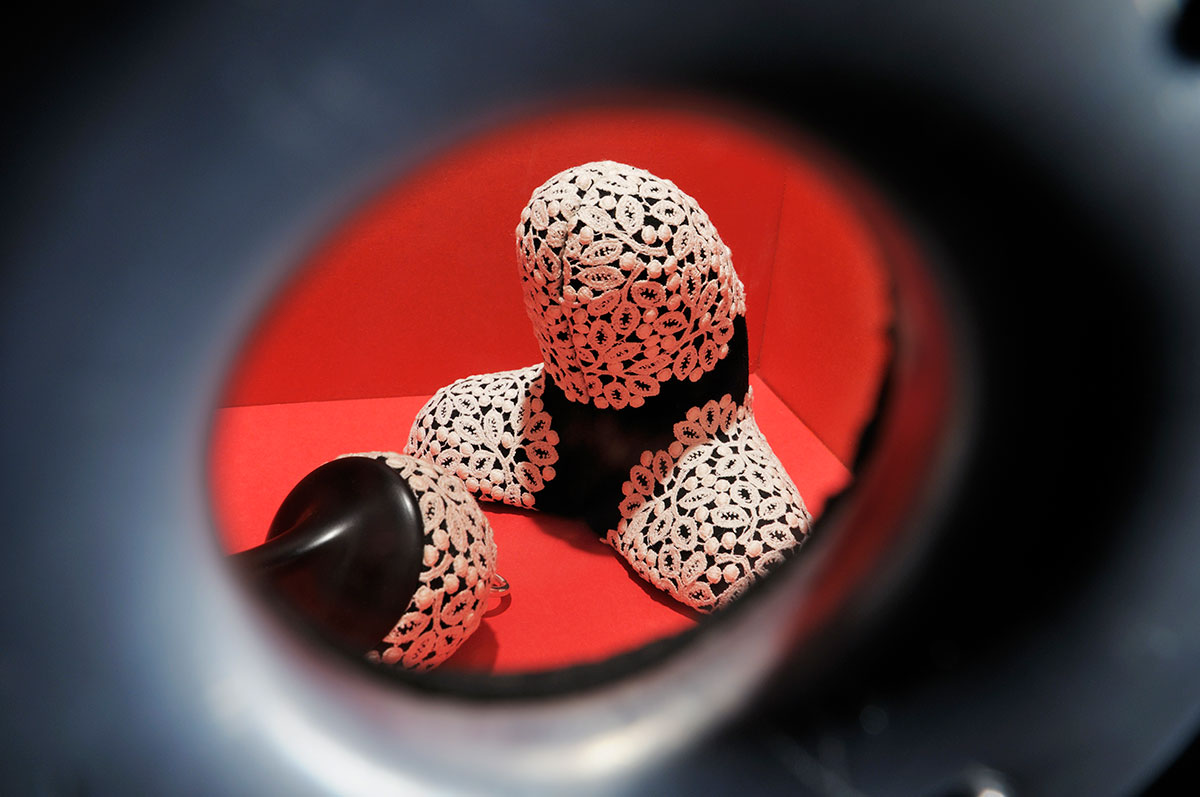 Woods is a contemporary jeweller better known for his spectacular one-off jewellery, which is widely sought after all over the world. However, for To Have and To Hold, Woods showcases an intensely personal collection of provocative fetishistic objects. Crafted from gold, silver, and platinum and adorned with diamonds rubies, amber and other precious stones, the objects explore Woods’ fascination with anatomy and in particular, the female form, manifested as a series of beautifully intricate and covetable objects.

Some have likened Woods creations to the gynaecological instruments designed by the increasingly deranged gynaecologist played by Jeremy Irons in David Cronenberg’s 1988 film Dead Ringers. But few can deny the intrinsic delicate beauty of his extraordinary creations.

The impact of Woods’ array of precious objects is intensified by the provocative way in which they have been staged by Wright.  As visitors enter the Wapping Project’s lower gallery, they are confronted by a large imposing wooden box, covered in black rubber designed by architects Shed54.

On first inspection the space seems empty but as one approaches the structure a series of peep holes reveals themselves. Visitors must peer through one of the peep holes to view Wood’s evocative objects, each of which sits within its own perfectly created environment.

The gallery resonates to a haunting musical composition, the result of a collaboration between the Scottish composer, choreographer and filmmaker Billy Cowie and the writer Deborah Levy.  The resulting soundscape, Walk into Me is sung in German by a soprano, whose voice soars above the music as if in search of something, heightening the sense of excitement and tension within the space and intensifying the theatricality of the experience.

The Soprano’s libretto by Levy feels like a lament of love, longing and desire.  The words weave through Cowie’s score to magical effect.  It is not a story as such but more about creating an atmosphere, a feeling, a mystery; something that is coherent and incoherent at the same time.  Levy has borrowed from Grimm’s fairy tales and from her love of surreal objects; from Freud, from enchanted forests, from old and new rhyming schemes.

Commenting on To Have and To Hold, Woods is surprisingly reticent, preferring to leave the visitor to come to their own conclusions.  When pushed he opts for a quote from the Marquis de Sade:  “In order to know virtue, we must first acquaint ourselves with vice.”

Jules Wright adds: Ideas of ownership, possession, collections and collecting come to the surface and remind of Bruce Chetwin’s character Utz, the need to own a Faberge egg and obsession in all its manifestations. To Have and To Hold projects the visitor personally into a private confrontation with each of these actions and emotions.

Artice from Natasha Lyons at DeZeen